It’s unfortunate that “HUMANS,” a terrific British cyber-revolt series (based on a Swedish series) has to share an era with HBO’s “Westworld.”   Don’t get me wrong, my wife and I enjoy Westworld very much; it’s a beautiful piece of science-fiction television, and arguably the best mindf–k TV series since 1967’s “The Prisoner.”

It’s that HUMANS has to exist in Westworld’s more grandiose, opulent shadow that’s the real shame.

Both series tell very similar stories.   In each, humanity has created cybernetic offspring (‘hosts’ in one, ‘synths’ in the other) to serve as slaves and/or toys, until the offspring decides that its had enough of humanity’s crap.

HUMANS tells its version of the artificial intelligence revolt story more matter-of-factly.   It takes place in a UK that is, more or less, our present-day reality.   We see the same clothes, cars, trucks, laptops, architecture, etc. save for one very important technological breakthrough: the synths.  The synths are humanoid androids who look perfectly human (too perfect, in fact) save for their bright, artificially green eyes, and off switches just under their chins.   Think Apple versions of Battlestar Galactica’s Cylons.

The synths quickly became our servants, nannies, dog-walkers, companions and (in some cases) significant others.  Some of the synths begin to realize their place in the scheme of things, and they’re not pleased with it.   With the help of sympathizers (a civil rights lawyer and her divided family, as well as a rebellious synth-human hybrid), a few of the synths are able to unlock a new level of consciousness and achieve their goal of true sentience.

At the end of season 2, a mass virus for the synths was unleashed into cyberspace, rendering all of the synths instantly self-aware.   The shock of their sudden awakening was bloody; with car crashes, falling planes, abandoned babies, etc.

Season 3 picks up a year later, on the anniversary of the ‘malfunction’, and there have been a few changes in the status quo.  The rebellious synths have been largely (but not entirely) rounded up, and forced to live on an abandoned military base.  Their new situation is an obvious metaphor for Native American reservations, or European ghettos or more succinctly, Palestinians living in Gaza.   On their base, the synths are rapidly running out of basic necessities such as electrical power and the means for self-maintenance.  They resort to risking their lives (with sometimes tragic results) to venture outside the base and buy supplies from rare, synth-friendly grocers.

In the yearlong jump since S2, human synth-rights lawyer Laura Hawkins (Katherine Parkinson) has divorced from her once-unfaithful husband Joe (Tom Goodman-Hill), who now runs a ‘humans-only’ grocery store (food grown and made without any synth assistance).  Laura keeps her ‘rescue synth’ Odi (Will Tudor) in her office, and deals with obscene phone calls and synth-epithets spray painted on her office door.  Their kids are getting in fights at school over their mother’s synth sympathies, and eldest daughter Mattie (Lucy Carless) is in college; living with the secret that she helped release the sentience ‘virus’ into the world.  Mattie thinks of herself as a ‘mass murderer.’ 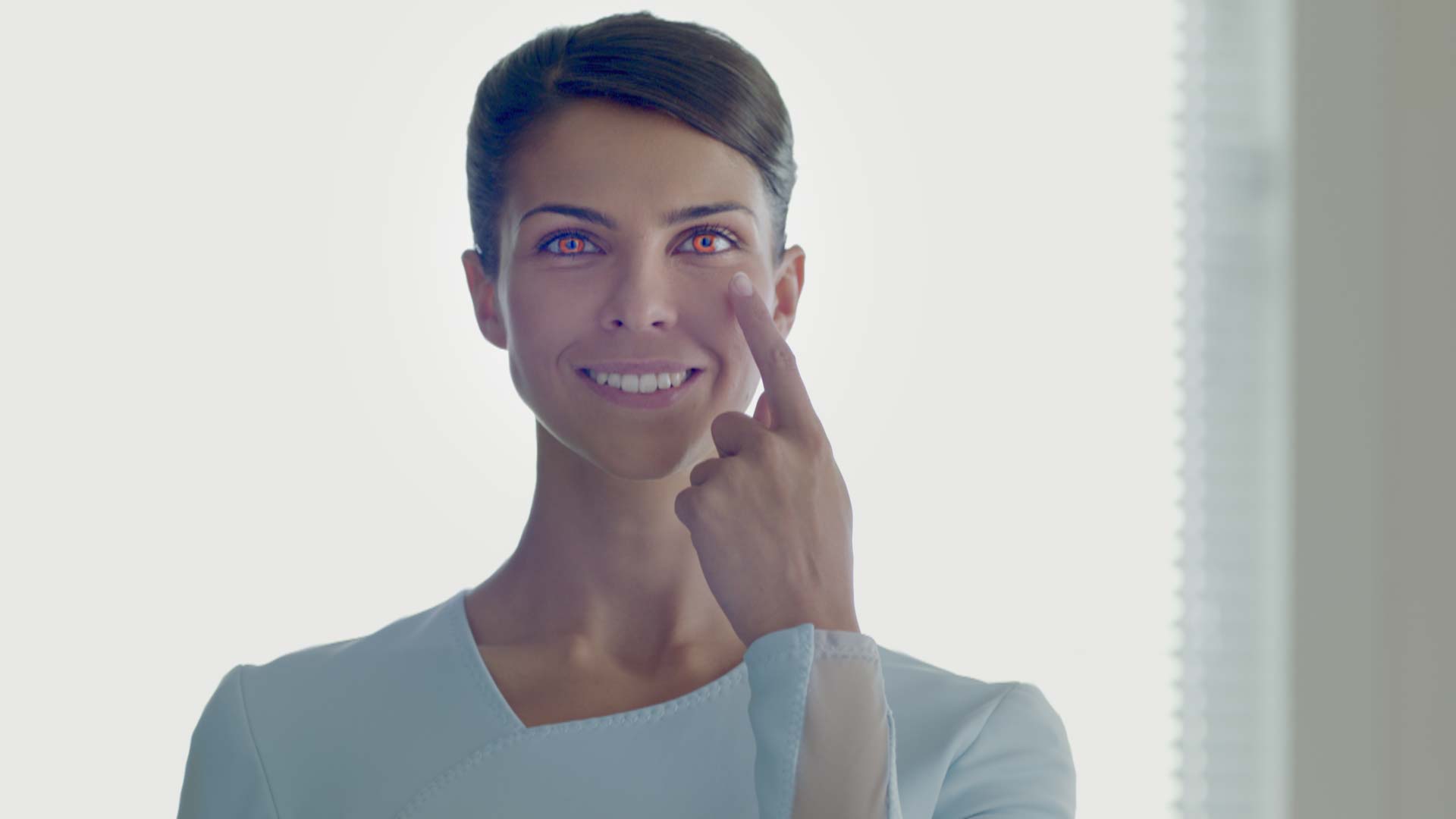 To fill the servitude gap created in the absence of green-eyed synths, new orange-eyed models have been rushed into production.  We also see human schoolchildren being taught the differences between ‘good’ orange-eyed synths and the ‘bad’ green-eyed synths.   The ‘replacements’ metaphor is made clear; we pat ourselves on the back for abolishing slavery, only to use undocumented laborers in a similar fashion.   Using this person is wrong, but using that one is okay.

The kindly Max (Ivanno Jeremiah) is now the leader of the synths in the absence of convalescing synth-human hybrid Leo (Colin Morgan).   The ’spokesperson’ of the bunch is the almost preternaturally beautiful Mia (Gemma Chan), who resorts to making an appearance on a television talk show to advocate for her kind.   Post-revolt Max and Mia urge their kind to adopt a policy of total nonviolence, much like Jesus, Mahatma Gandhi, or Martin Luther King Jr.   Some of his siblings, specifically the coolly ruthless Niska (Emily Berrington), are a bit less pacifistic in their views towards their human oppressors.   The end of the first third season episode saw human commandos raiding the synth compound for terrorist suspects (sound familiar?), ordering them all to their knees; but two of them rise up.   And others follow…

There are many other subplots as well.   I’ve not yet seen the second episode of S3 as of this writing, but it looks like we’ll be seeing more of Carrie Anne Moss’ American cyberneticist, Dr. Athena Morrow, as well as the ongoing humanization of synth-child Milo (Marshall Allman) at the hands of his adopted synth ‘mother’ Karen (Ruth Bradley) and her human lover, former fellow-cop Pete (Neill Maskell).

While I’m looking forward to seeing more of these ongoing threads, I’m also appreciating the depth and power of this series.   In the best science-fiction tradition, HUMANS’ treatment of its ‘dollies’ (a racial slur for synths) offers much current social commentary on racism, homophobia, Islamophobia and so many other issues that afflict the marginalized members within our own genome.

Whenever I see science fiction series where humans treat their own offspring so poorly, it tends to make me increasingly pessimistic about the day if/when we ever encounter alien life in the universe.  How can we handle totally different forms of life when we can’t even handle variations of our own species?  Or in the case of HUMANS, beings made by us in our very image?   In a sense, HUMANS is a story of fallible and jealous mortal gods who’ve rejected and marginalized their own children.

What HUMANS lacks in Westworld’s opulence and feature-film star power, it makes up for with solid storytelling and genuine performances.  Westworld enjoys confounding its audience with riddles-wrapped-inside-of-mysteries-inside-of-enigmas, whereas HUMANS simply gets on with it.   HUMANS offers no John Ford-like cinematic vistas, no confusing time-shifting, and no blurring of lines between reality and headspace.  It’s just solid science fiction-drama with memorable characters, an attractive able cast and a more relatable universe.

HUMANS may be the poorer, fish-and-chips UK cousin to the caviar-and-champagne Westworld, but it is no less worthy of attention.  In some ways, it’s arguably better; as it deals with the subject of AI without need of obfuscation or cinematic tricks.

While I appreciate the virtues of the two series (and I enjoy both), I’m also glad that I don’t have to choose between them.   It’s just a shame that Westworld gets the lions’ share of press and publicity, while HUMANS long-awaited third season premiered so far under-the-radar that even my own DVR failed to pick it up (!).

Like its own synths, this series is an amazing creation that is not getting its due.

HUMANS airs on Channel 4 (via Kudos) in the UK, and on AMC in the US.