Let me begin this blog entry by saying I feel woefully inadequate (as a blogger and a fan) to sum up the life and work of the late Martin Landau. Landau came to my attention in the late ‘70s when, as a kid, I began to watch late night syndicated airings of the cult series “Space: 1999,” wherein Landau played the Captain Kirk-style commander of the wayward Moonbase Alpha, John Koenig.   The show was wonderfully silly fun, with better-than-average special effects (courtesy of future “Empire Strikes Back” veteran Brian Johnson) and a 2001-style production design.   Even when the series veered into camp by its 2nd season, Landau always gave it his all.  He imparted the show with a gravitas similar to what Sir Patrick Stewart would later give to the Star Trek franchise in 1987.  “Space: 1999” only lasted two seasons, but I’m not ashamed to say I own every single episode on DVD.

Hey, the heart wants what it wants… I also remember seeing Landau on “The Twilight Zone” where he played a defecting Russian agent in “The Jeopardy Room” (1964) in one of his better earlier performances that I remember from my childhood.  That very memorable episode was also directed by future “Superman: The Movie”/“Lethal Weapon” director Richard Donner. 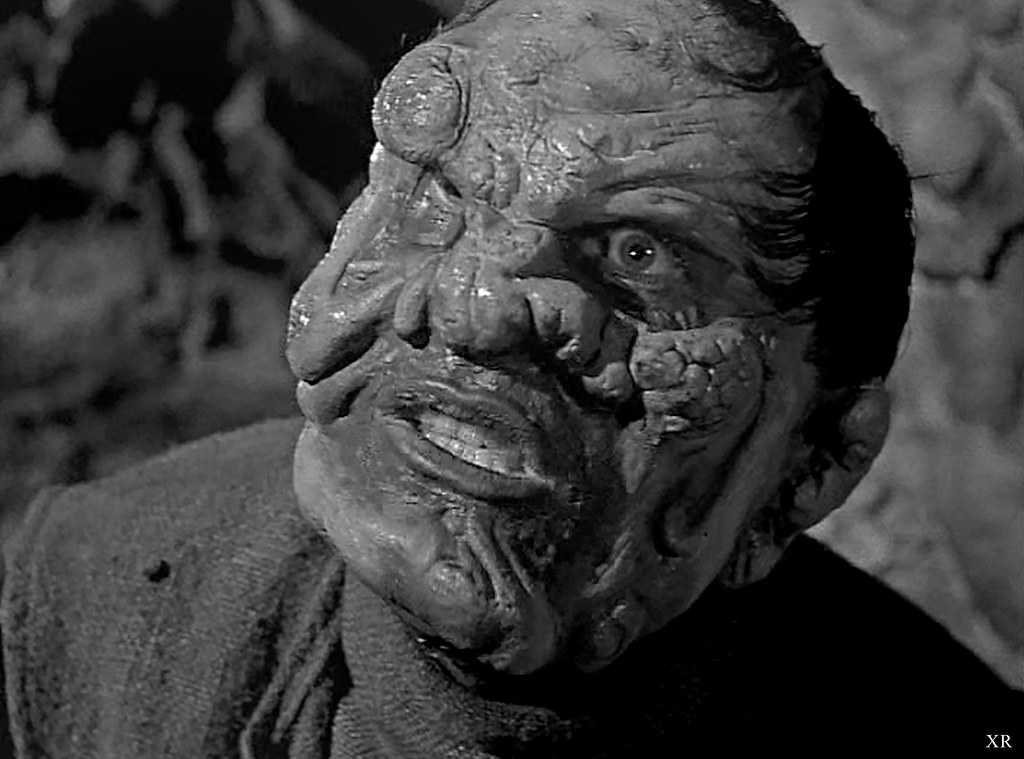 Another role of Landau’s that left quite an impression on me was an episode of “The Outer Limits” (1963) where he played a grotesquely mutated man named “Andro” from a grim, post-apocalyptic future.  Andro goes back in time to try to prevent the calamity that will lead to his own miserable existence (“The Man Who Was Never Born”).    Andro’s mutant makeup scared the hell out of me as a kid, but his intense-yet-gentle manner was contradictory to the horror of his visage; so much so that I soon saw his Andro as a person and not a typical ‘bear of the week’ (Outer Limits was famous for its ‘bears’; the show’s weekly monsters).   Andro also had a telepathic/illusory power that allowed others to ‘see’ him as the much handsomer, sans makeup Martin Landau.   Convenient…

I’d also seen him in a wide variety of supporting movie performances, usually cast as an authoritative figure, or a villain (or both).   In particular I remember him playing a somewhat trigger-happy, Red-baiting US general in the 1979 disaster epic, “Meteor” (essentially a practice run to 1998’s duel asteroid films, “Armageddon” and “Deep Impact”).   I remember seeing this movie more than once in cinematic release.  The reason for that may have been that it was paired with other films I wanted to see in that age of double-features.   “Meteor” was the film I ‘waded’ through to watch the others (one of which I remember was the theatrical screening of the “Buck Rogers in the 25th Century” pilot).  Watching “Meteor” more recently however, it’s a significantly better film than I remembered as a 12 year old.   And once again, Landau’s intensity was a constant.

In October of 1994, I remember eagerly anticipating Tim Burton’s new biopic of angora sweater-wearing, grade-Z film director “Ed Wood” (my sisters and I were all HUGE fans of bad movies; our bible in those days was “The Golden Turkey Awards” by Michael Medved).   I remember going to a little theater near my old apartment with a friend of mine (a fellow bad movie devotee) and falling madly in love with the film.  Shot in glorious, ’50s-vintage black and white with a terrific cast; Johnny Depp as Wood, Bill Murray as John “Bunny” Breckinridge, Sarah Jessica Parker as Wood’s ex-girlfriend/actress Delores Fuller, Jeffrey Jones as phony mystic Criswell and, most surprisingly, Martin Landau as horror icon Bela Lugosi (!).   This last bit of casting was most unusual to me.   As someone who grew up watching the lantern-jawed, heroic Landau playing straight-laced Commander Koenig, I was concerned (and deeply curious) to see if he could pull off playing a washed-up, drug-addled, seventy-something Bela Lugosi.

As the movie unspooled in front of us, I was blown away; this wasn’t a performance as much as a transformation.   Landau utterly disappeared and BECAME the elderly, infirm Lugosi.   Lugosi’s friendship with the younger, untalented-but-blindly-optimistic Wood is the crux of the movie; reportedly mirroring the friendship between director Burton and that ‘other’ real-life horror icon Vincent Price.   Lugosi’s funeral scene genuinely hurts.  And despite my love for the entire movie, I have to admit that after Landau’s Lugosi passes?  The movie loses a little bit of its oomph.   It’s still a terrific movie (my favorite in the Tim Burton canon), and I usually watch it at least once a year around Halloween, but the soul of the film is truly contained in the scenes between Ed Wood and Bela Lugosi.   It’s my absolute FAVORITE performance of Landau’s (and Johnny Depp’s, for that matter).   Landau won an Oscar for the role, and despite my love for his competition that year (Samuel L. Jackson’s “Jules” in “Pulp Fiction”), I am firmly convinced that Landau absolutely DESERVED that gold statue.  No question.

My opinion of him radically changed after “Ed Wood”; I no longer saw him as a stalwart moonbase skipper-type.   Martin Landau was a true chameleon.   He was no longer a ‘leading man’… he’d gradually evolved into a true character actor.    I always knew he had that wonderful, steely-eyed intensity but I had no idea of his gift for accents (his Hungarian accent as Bela is utterly flawless), or comedic timing (“Karloff??  Sidekick?  F–k YOU!!  How dare that asshole compare me to Karloff!”).   I saw him surprise me in other roles here and there, but seeing him on the big screen in “Ed Wood” in October of 1994 was a revelation.   It radically changed my opinion of both his talent and his ability; both now seemed limitless.

Landau also memorably costarred as Jerry Orbach’s (“Law and Order”) brother in the Woody Allen movie, “Crimes and Misdemeanors” (1989); a movie I’d finally caught only recently, but enjoyed very much. 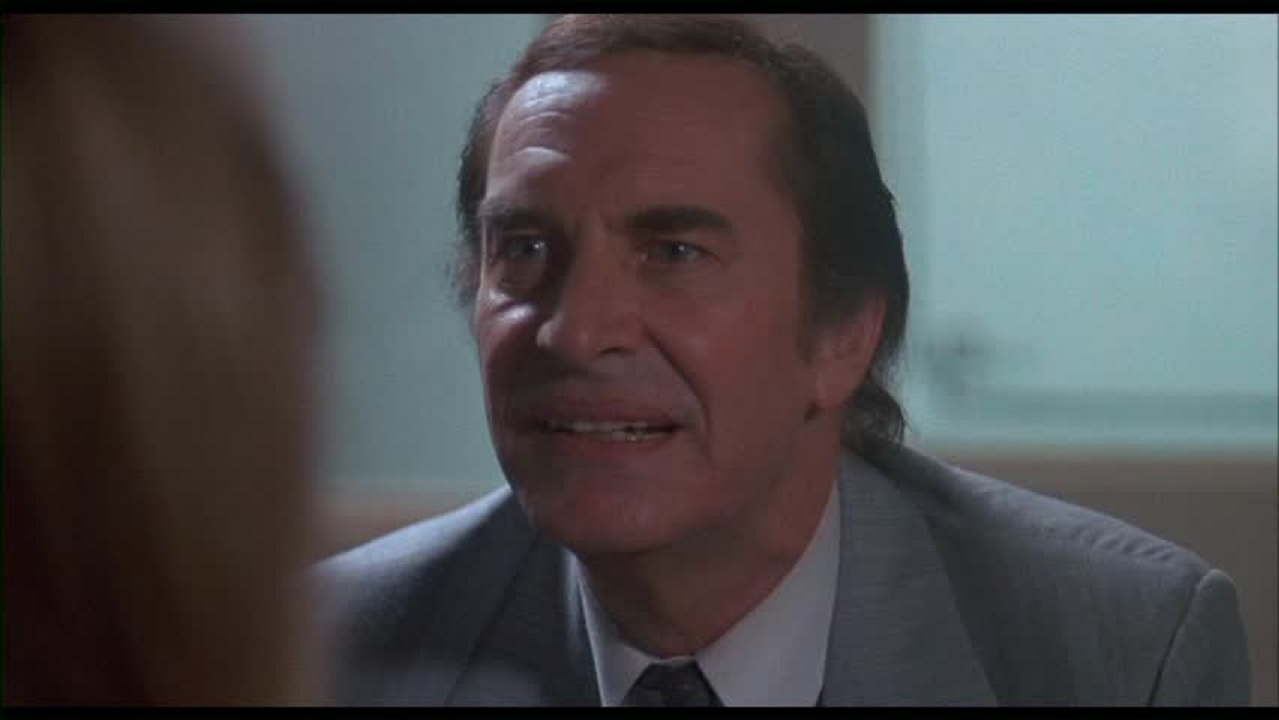 No role was seemingly beneath Martin Landau; he seemed to be such a professional.  No ego trips.  He could play a B-movie bad guy (in the ‘80s action flick “Cyclone”) just as effortlessly as he’d star alongside Cary Grant in a Hitchcock movie.  Or play an elderly drug-addicted Hungarian horror movie actor.

Landau’s daughter Juliet (from his longtime marriage to actress/costar Barbara Bain) also impressed me a few years later when she played Cockney vampire ‘Druscilla’ in the “Buffy the Vampire Slayer” TV series; she’d also had a terrific supporting role in “Ed Wood” as ambitious B-movie actress Loretta King (the real-life ‘star’ of Wood’s  “Bride of the Monster”).

Nice to know that a part of Landau’s talent lives on.

Once again, my words feel woefully inadequate in summarizing this talented, very professional actor and his varied career.   All I can offer here is what those performances meant to this middle-aged geek; they meant a hell of a lot.

Many thanks to you, Mr. Martin Landau.   And peace…