Star Trek: The Motion Picture was released in December of 1979 and, while financially successful, it was critically panned within an inch of its life.   The critical reception was so bad that, for awhile, the newly-resurrected Star Trek franchise seemed unsure of how to go forward.  Its 1982 sequel, “The Wrath of Khan”, was a more familiar shoot ’em up space opera, with starship battles and phasers firing.  It also had a plot that was a direct sequel to a fairly popular episode of the original series (“Space Seed”; not one of my favorites, but okay…).   “Khan” was lower budgeted, faster-paced, more profitable, and was much better received critically.   It arguably ‘saved’ the Star Trek brand name.

To many,  Star Trek: The Motion Picture felt like an expensive, curious dead-end.   Personally I don’t share that view.   In fact, I think Star Trek: The Motion Picture (ST-TMP) was one of two times that a Star Trek movie had a genuine science fiction story (the other being 1986’s “The Voyage Home”; aka ‘the one with the whales’) and not just a revenge-themed space opera; an all-too common template for the sequels.

ST-TMP was, like the starship Excelsior in the third movie, the ‘great experiment.’

The story:  Kirk and his reassembled crew (including a resigned but returning Mr. Spock) depart in a sleek, refurbished USS Enterprise to encounter a massive, mysterious, destructive energy-cloud that has already destroyed three Klingon ships as well as a Starfleet listening post.    The ‘cloud’ is on a direct course to Earth.  As the Enterprise penetrates its outer layers, it discovers that the cloud enshrouds a colossal alien vessel that, in turn, has a wayward NASA space probe, Voyager Six, at its nucleus.  The ancient probe has mutated, become self-aware, and now calls itself “V’ger” (thanks to a bit of cosmic schmutz on its own nameplate).  V’ger seeks to find and join with its creator, and seems incapable of believing that mere humans (“carbon units”) were its makers.   Kirk orders the Enterprise to transmit the proper NASA coded reply to V’ger’s obsolete radio message, and his first officer Decker touches V’ger itself (not in that way…) in an effort to ‘join’ with it and merge into a new blend of organic and artificial life.   The new life form apparently exits our dimension and Earth is saved.

Here are my personal pros and cons of the movie:

The PROS of Star Trek: The Motion Picture

The CONS of Star Trek: The Motion Picture:

So those are my pros and cons of this underrated, though admittedly imperfect movie.

To those who only see it now, on the smaller screen, you may not understand exactly why this movie is so spacial for my generation.   For those of who lived in the late ’70s, TMP also represented a dream realized; to see a beloved, long-cancelled TV series brought back to lavish, lush life in 70mm widescreen (!).   This was not so common as it is today, where nearly EVERY old TV show is made into a movie… even “Baywatch” for chrissakes.   TV shows and movies were worlds apart in 1979.

TMP, with its rich production values and FX work, was like going to see a high-end planetarium show, with your favorite TV show’s characters acting as guides.  And for a chubby, 12 year old science fiction nerd in 1979?  That was enough. 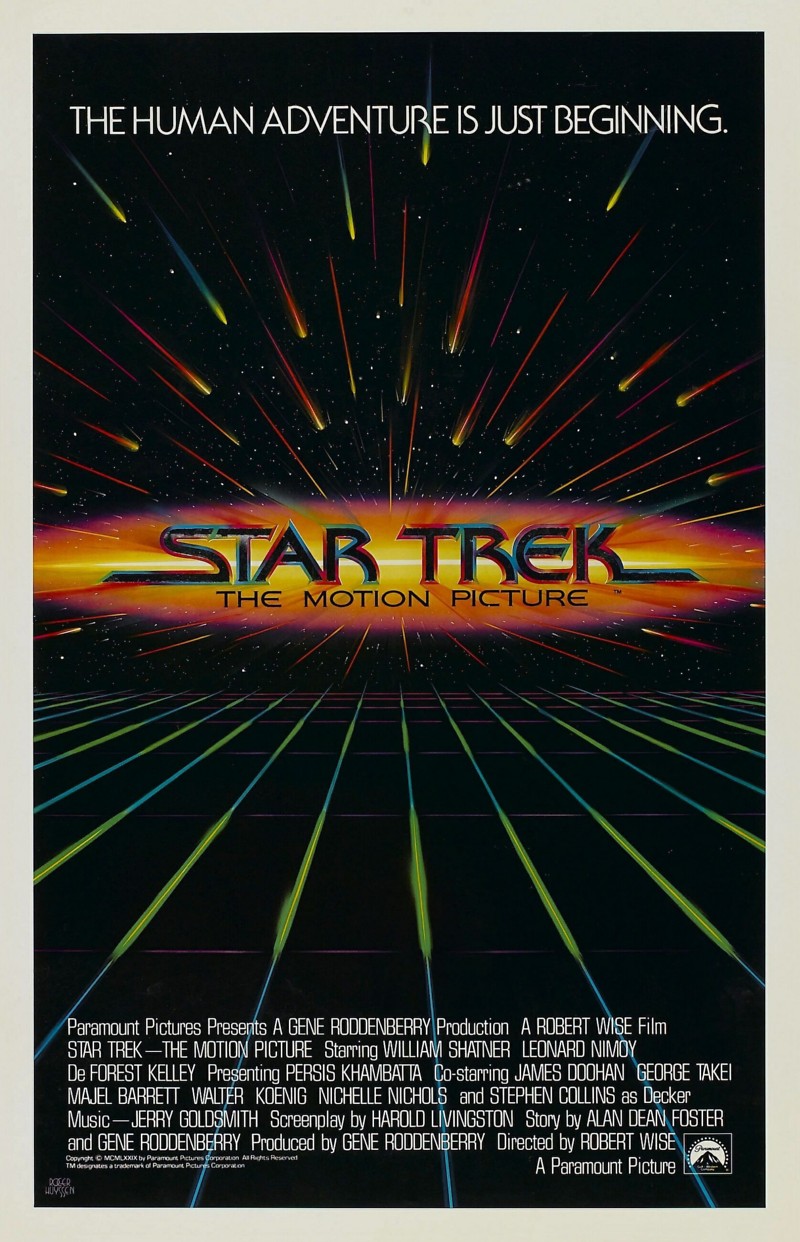