40 Years Ago, In A Theatre Not Too Far Away…

This May (no, not May the 4th…the 21st) marks the 40th anniversary release of one of my all-time favorite movies, “Star Wars Episode V: The Empire Strikes Back” (1980).  The film was primarily written by George Lucas and screenwriter Lawrence Kasdan (who would write many other Lucasfilm projects, as well as “The Big Chill” & “Grand Canyon”), with various other writers taking passes at it.  There was even an early draft by the late film noir screenwriter Leigh Brackett (“The Big Sleep,” “The Long Goodbye”), who died of cancer during production (sadly, much of her draft wasn’t usable, as she wasn’t quite getting the feel what Lucas wanted).  The film was directed by Irvin Kershner (“Eyes of Laura Mars” “Robocop 2”), a former mentor of Lucas’ (from his film school days at USC) who would make the actors and performances a priority over nearly everything else, giving the film both a more operatic yet character-driven feel than its predecessor, the original 1977 “Star Wars” (I’ve never quite warmed up to the Episode IV subtitle, “A New Hope,” which was only added to the original film during a post-“Empire” 1981 rerelease).

I remember going to see “Empire” at the Egyptian Theatre in Hollywood (now called the American Cinematheque) in early summer of 1980  I didn’t see it opening day, and that presented a problem.  I was a 13-year old diehard Star Wars geek, but somehow I had to find the strength to wait until my dad went on vacation so that he could take the whole family on the long drive into Los Angeles to see it.  Well, between May 21st and June whatever-it-was, I simply couldn’t wait.  I spent my meager allowance money on author Donald F. Glut’s novelization of the film and I read it cover-to-cover over two days (much of it during the final days of school, when teachers weren’t looking).   A part of me is glad that I read the book first in order to scratch the itch, but a part of me also wishes that I’d waited.  I’m glad that I knew the mechanics of the plot, so that I wouldn’t be struggling to keep up (Star Wars movies were, for their time, considered very fast-paced).   Of course, I also learned of the movie’s “big” spoiler (which is a non-spoiler at this point).  I also realized the film had no real ending, per se.  I just sort of stops.  My then 13-year old self thought that perhaps the “real” ending wasn’t included in the novelization for spoiler reasons, but nope…this movie was going to be a genuine cliffhanger.  After waiting an hour and a half in line, we went in.  My family and I got seats up near the rear speakers of the massive, elegantly-appointed theater.

The lights dimmed, I took a few excited breaths, and waited…

I’m going to detail my own thoughts and feelings about select moments, scenes and characters of the movie (quite a few of them, in fact).  I may miss a few of your own personal favorite moments in trying to describe the overall gestalt of the film.  Apologizing in advance.

A Long Time Ago In A Galaxy, Far, Far Away…

In February of 1997, I was now a 30 year old adult, and I was eagerly awaiting the release of the Special Edition of “The Empire Strikes Back.”  Having seen the first movie’s Special Edition a month before, it was terrific to see it on a movie screen again, though some of the new ‘fixes’ were a bit jarring… the new computer-generated Jabba the Hutt looked terrible (the 1997 version, not the improved version for the 2004 DVD release), and the extra creatures populating Mos Eisley spaceport were downright distracting.  But nevertheless, it was great to see the film on a large screen again, as it was meant to be seen (however altered).  I was hoping “Empire” wouldn’t be too dissimilar from the version I so loved (and owned on letterboxed laserdisc, along with the other two films).

Going with a friend from work who’d never seen the films on a big screen before (blasphemy!), we took in Empire redux on a Saturday morning matinee (talk about full circle, right?), to be followed by a long diner chat about the movie afterward.  Well, “Empire” was less altered than its predecessor, though once again, some of the changes were pointless.  There were extra live-action shots of the wampa snow creature added to the scene where Luke escapes its lair.  The extra shots depict the creature chewing on a large severed animal’s limb.  The pacing of Luke’s escape from the wampa’s lair seemed a bit less urgent, too.  Personally, I liked it much better when you barely saw the creature; it was far more suspenseful.  The new suit didn’t look bad per se, though it didn’t quite match the original.   This new wampa footage wasn’t as egregious an offense as Greedo shooting first, but it didn’t do the movie any favors, either. 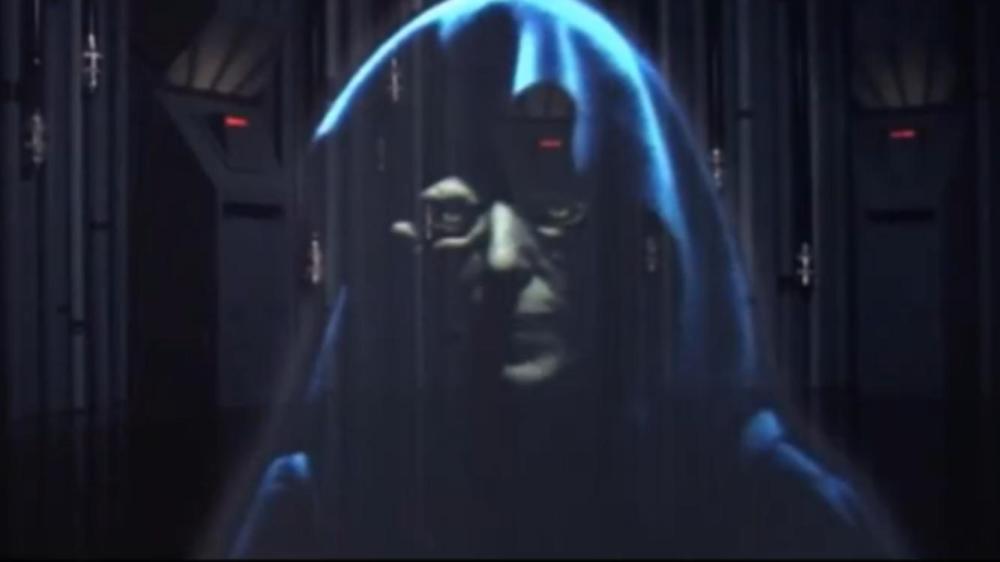 In the 1997 version, I was a bit surprised to still see Clive Revill’s Emperor in the holographic chamber scene.  Ian McDiarmid was long established in the role at this point (14 years) and I thought for certain that Lucas would’ve shot a quick redux of this moment in order to match continuity with “Return of the Jedi.” 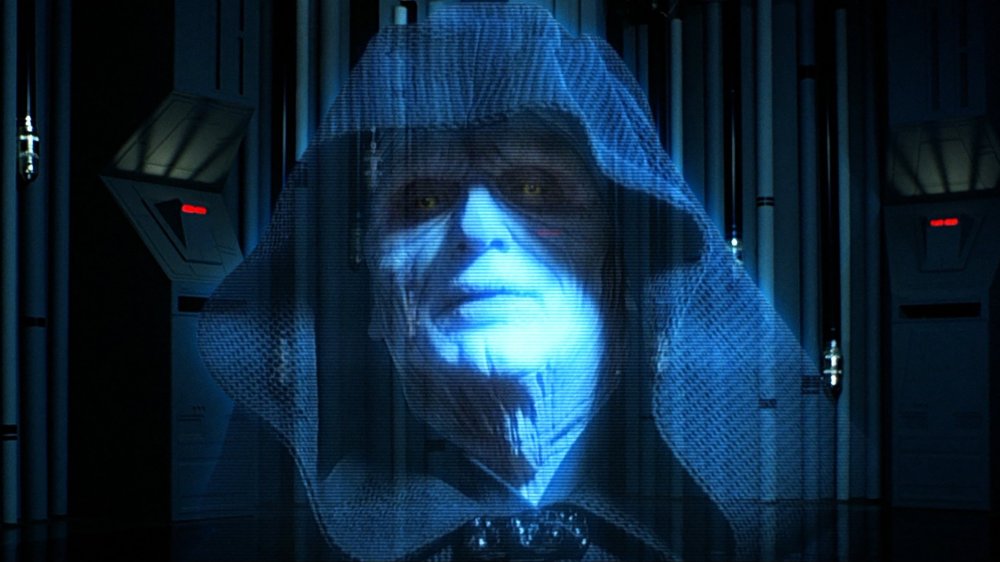 Well, for the movie’s 2004 DVD release, Lucas did precisely that.  Not only did he reshoot the sequence with McDiarmid’s Emperor (a plus, in my opinion), he added some additional dialogue that seemed to indicate that Vader didn’t realize Luke was his son until that very moment (“How is that possible?”).  I’ve always assumed that Vader and the Emperor both knew exactly who Luke’s true father was, and it remained kind of a creepy, unspoken secret between them.  But the 2004 version of the Special Edition took the implicit and made it a bit too explicit.   Once again, not nearly as offensive as Greedo shooting first (thus altering Han’s redemption arc), so it got a pass.

In the 1997 Special Edition, I was also pleasantly surprised to see additional shots of Cloud City, both extending the Falcon’s approach to the city as well as a few establishing shots later on.  As a big fan of the art deco-inspired virtual location, I wholeheartedly approved of these changes, as they nicely added to the overall scope of Cloud City.  There was, however, a weird little change made to a live-action shot as Han & Leia are being led to their dinner with Darth.  They pass a window where you see a CGI elevator going up the side of a CGI building…in the very next shot of that exact same window, the transparent window now has the original set’s opaque artwork.   A minor nit, but it’s just…weird.  It’s as if the animators just forgot that they’d changed the wall into a window…?

Perhaps my biggest beef with the “Empire” SE (in all versions, from 1997 through 2019’s 4k remaster) is the addition of Vader returning to his star destroyer from Cloud City.  The scene employs a few alternate, unused takes from aboard the Death Star II in “Return of the Jedi” (in fact, you can still see Admiral Jerjerrod greeting Vader as he disembarks).  These pointless shots only serve to slow down the Falcon’s escape from Cloud City.  In the original 1980 version we knew Vader returned to his ship with one line of dialogue, “Bring my shuttle!”  That was all we needed.  We assumed his stormtroopers just brought his damn shuttle.  Now we follow his shuttle from the landing platform all the way into the star destroyer docking bay (I’m surprised it didn’t stop for gas and directions along the way).  This ‘fix’ serves no purpose other than to siphon off some of the adrenaline from the Falcon’s escape.  I know a lot of oldster fans like myself say this, but I’m still holding out hope that Disney might someday release the unaltered versions of the Star Wars original trilogy on Blu Ray…

Meeting a few Stars of Wars…

Over the years at various conventions, I’ve had a few opportunities to get up close and personal with some of the Star Warriors.  Here’s a few memorable encounters I’d like to share…

If you’re a Star Wars fan and haven’t yet read J.W. Rinzler’s “The Making of The Empire Strikes Back” (or any of his “Making of” Star Wars books) then you’ve got to log onto Amazon.com or barnesandnoble.com and order a safe-distance delivered copy as soon as possible.  Rinzler’s books are the definitive sources on these films, covering everything from preproduction art to post-production publicity. 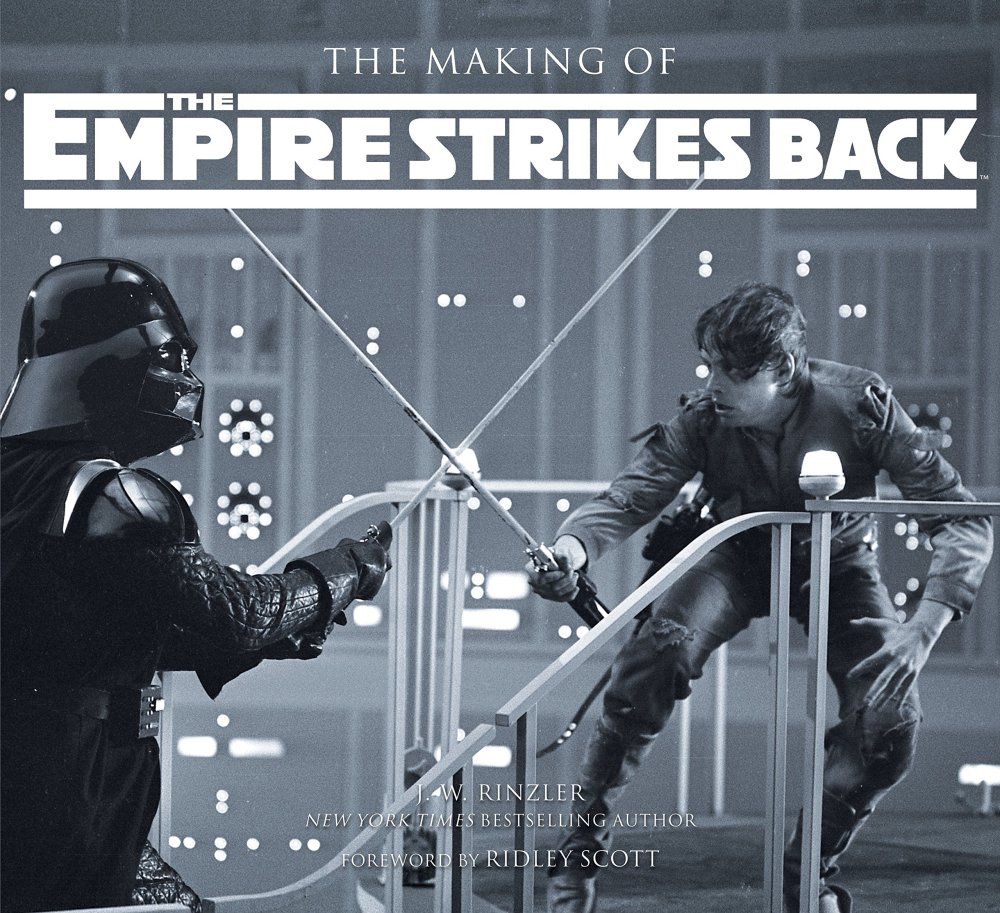 Most of my current insights into these films comes directly from these books or from speaking with the actors themselves.  They are indispensable reading.  As Darth Vader might say, “It is useless to resist! It is the only way…”

More Than The Sum Of Its Parts.

After 43 years of movies and TV shows, and “The Empire Strikes Back” remains my single favorite piece of Star Wars entertainment, and that’s a high bar these days, especially given the better-than-cinematic quality of Disney Plus’ “The Mandalorian” streaming TV series.  This is one movie I can plug into the Blu Ray player just about any time and instantly lose myself in its character and images.  Yes, 1977’s “Star Wars” rewrote my DNA when I first saw it at the tender age of 10, but “Empire” reaffirmed that “Star Wars” was no fluke…and that it could even be surpassed. 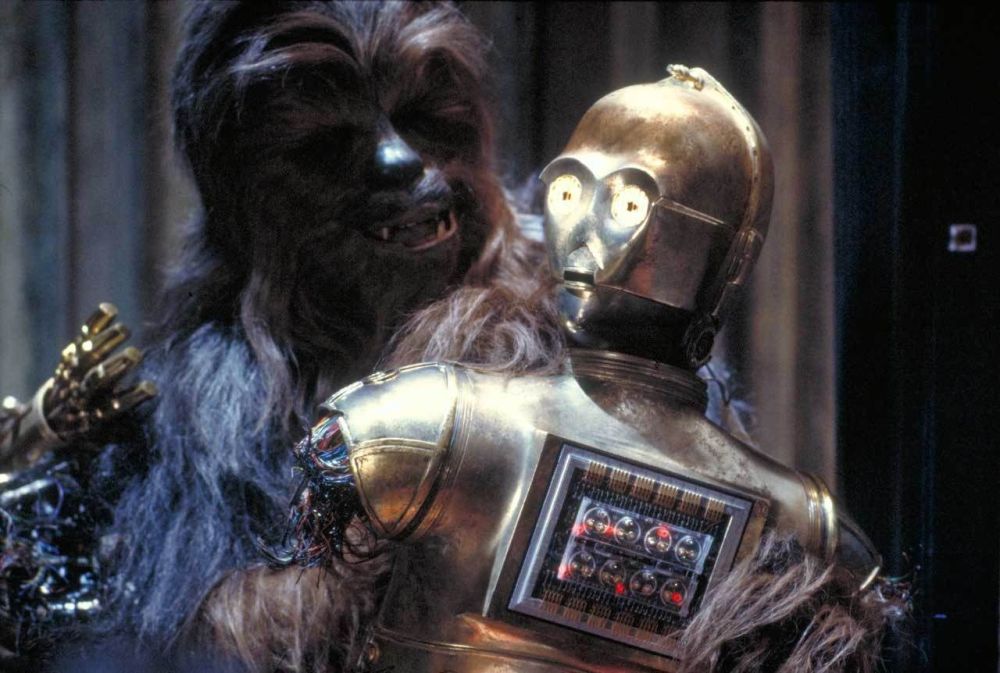 Remember, if you don’t already own the Star Wars movies on DVD or Blu Ray, you can stream them from Disney Plus (in 4K), Amazon Prime Video, or even premium YouTube (Prime and YouTube have downloads currently available for only $9.99 US).  To my readers, I once again wish you and all of your loved ones good health and strength during the current coronavirus pandemic.  For the time being, please practice safe-distancing, wear masks in public, and avoid unnecessary outings as much as possible.

May the Force be with us all.