If you follow this blog, then I guess you’re probably wondering why this old scifi-geek is posting about a ‘girls-night’ comedy?  Well, surprise surprise.  I like many different types of movies and TV shows.

Yes, science fiction is a staple of my filmgoing/TV diet, but if you saw my home DVD/blu-ray library you’d see a lot of variety there as well.  Dramas, comedies, documentaries and even a rom-com or two.   My wife has even got me into “Project Runway” (I’ve been a fan of the show for well over a decade now).  I also don’t believe entertainment preferences have to be gender-biased, either.  I like what I like (same goes for my choices in music).   I don’t apologize for my choices, nor do I intend to start doing so at age 51.

Yes, science fiction is my passion, but variety is the spice of life.

So today I went to the movies in the mood for something spicy.

What I got was surprisingly bland.

For a bit of backstory, I’m also something of a standup comedy geek as well.

I watch tons of new standup acts every month on Netflix, and I’ve been to some really good live shows as well.  Most recently my wife and I drove to L.A. to see cult-favorite drag comic Bianca Del Rio.   Del Rio’s act is take-no-prisoners comedy, and it’s not for the faint of heart, but it was hilarious!   I’ve also seen live performances from Lewis Black, Bill Maher, Kevin Pollak, Norm MacDonald (currently voicing “Yaphet” on “The Orville”) and, yes, even a pre-fall from grace Bill Cosby (this was a few years before the rape allegations came to light).  I have a friend of mine who once took his own shot at standup comedy, and I really wish he’d been able to keep going at it, too.  He’s really good, and he’s still the funniest one in the room whenever we visit he and his family.

I also own many classic standup performances from George Carlin, Richard Pryor, Eddie Izzard, Steven Wright, Eddie Murphy, and Louis CK.  In fact, I still enjoy Louis CK’s works (I have all 5 seasons of his FX series “Louie” on DVD).  Personally I hope he finds his way back from his issues as well.  It’s ironic that we recently put a man in the White House who has far worse allegations of sexual misconduct than the kind that wrecked Louis CK’s career.  Oh well.  Moving on…

I’m also a big fan of female standup comics.  Wanda Sykes, Sarah Silverman (the love child of Lenny Bruce and Gilda Radner), Kathy Griffin and Amy Schumer.   A few years ago, my wife and I went to see Schumer’s feature film “Trainwreck” (2015) and it was, in some ways, a traditional romcom, but with a extra serving of Schumer’s fearless raunchiness.  It worked.

So, it was with some expectations (always a dangerous thing, I suppose) that I went to see her new movie “I Feel Pretty” today at my local cinema.

Sadly, everything you need to know about this movie is laid out for you in the trailer.

It’s “Big,” “Shallow Hal” and “Cinderella” with a large dose of “The Devil Wears Prada” thrown in for good measure.

While you hardly need one of these if you’ve seen the trailer, I’ll post one anyway:

Schumer plays Renee, a NYC woman struggling with body insecurities and cripplingly low self-esteem (something to which I certainly relate).  Renee does online work from a basement in Chinatown for a big, uber-glam cosmetics company in the heart of Manhattan.   One rainy night, while watching the movie “Big” (in case the homage wasn’t on-the-nose enough), she runs out and tearfully tosses a coin into a fountain, and makes a wish that she were ‘undeniably pretty.’

The next day (of course), during a tortuous and particularly humiliating session at her gym’s cycling class, she hits her head only to awaken and see a completely different version of herself in the mirror (we, the audience, do not see her altered image; she does).   To herself, she looks amazing; and her newfound self-confidence radiates outward.  This newfound confidence not only allows her to dress more cute (some of her outfits remind me of Alicia Silverstone from 1995’s “Clueless”), but also to become ridiculously shallow.  In some ways, Renee seems even more obsessed with beauty and body image than before she hit her head.   In no time at all, she becomes downright obnoxious. As Renee flaunts her newfound confidence, she also alienates her longtime friends (well-played by Busy Philips and SNL’s talented Aidy Bryant in somewhat perfunctory supporting roles).   Aidy Bryant is so interesting to watch, that a part of me wondered what she might’ve done with the lead role.   Renee also climbs the corporate ladder at work, when her confidence catches the attention of her boss Avery (played by Oscar-winner Michelle Williams with a high-pitched voice that seems to parody her former Oscar nominated role as Marilyn Monroe).   Renee’s newfound confidence and sexual aggression help her snag a mild-mannered boyfriend as well (played by Rory Scovel).

It’s hardly a spoiler when I tell you that Renee will eventually hit her head again, which will cause her to lose her newfound positive body-image right before ‘the big work presentation’, yada, yada yada.  Onstage, in front of a crowd, Renee finally sees her ‘before and after’ pics and realizes that she’s looked the same the entire time.  She then breathlessly whimpers to herself, “There was no magic.”

Sadly, that line about sums up the film as well.

I’ve seen this same type of story done so many times, and in so many ways.   Like a friend of mine said, it could’ve easily been a 5 minute sketch on Schumer’s former TV show.

At the end of the film (nowhere near soon enough), there’s a rousing motivational speech during the ‘big presentation’ given by the thankfully-reverted Renee, who’s learned the patented ‘Important Lesson’ about loving our bodies and to not lose that youthful confidence we have as children just because our bodies change.   It’s a great empowerment speech, and I agreed with every line of it, but it’s so predictable that it’s practically a karaoke singalong the minute Renee takes the mic. 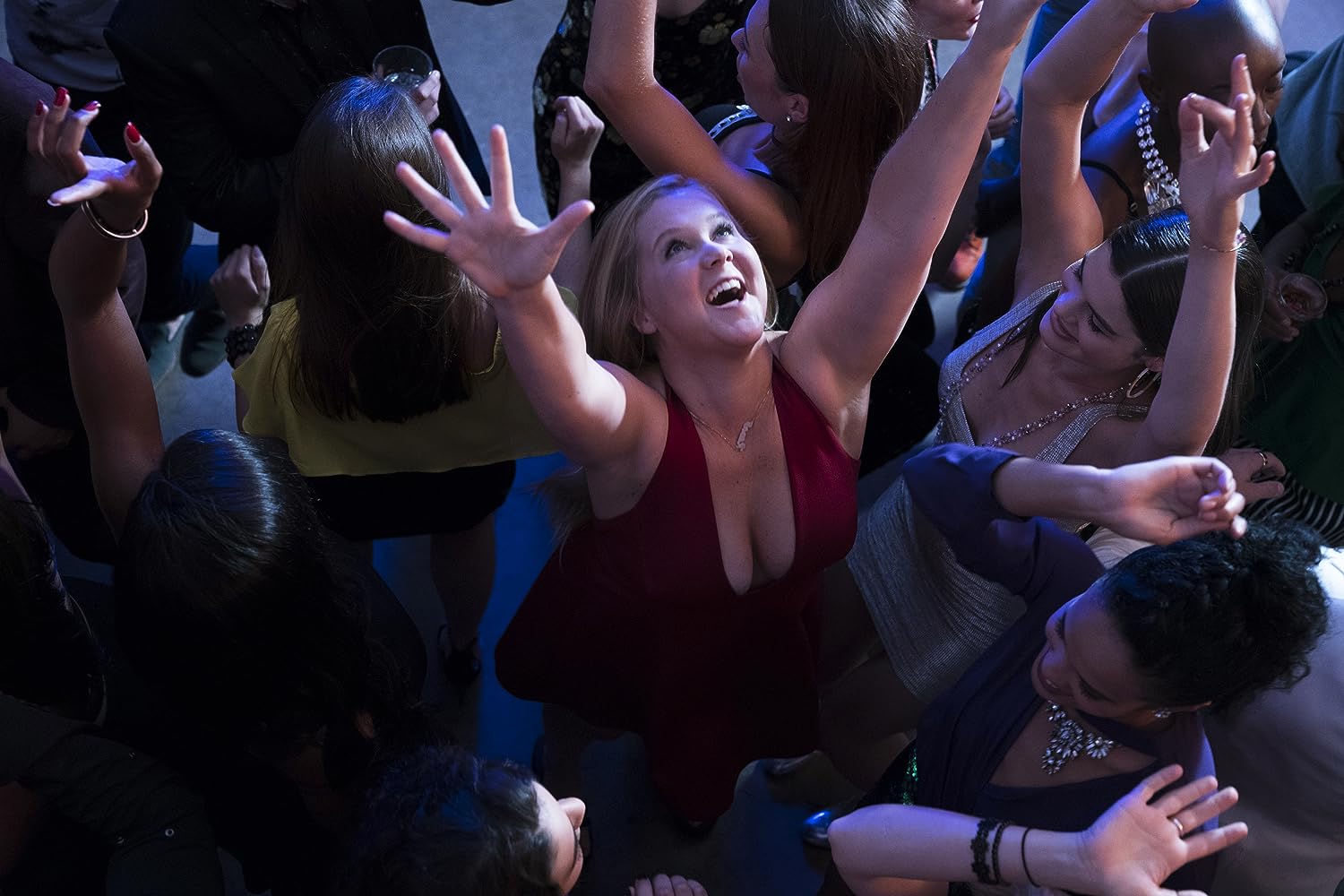 While I admire and appreciate the message of learning to love and accept ourselves as we are, it’s too bad that it’s wrapped up in this very by-the-numbers homage to 1980s body-switcheroo comedies (but “without the magic”).   I would’ve much rather heard it delivered straight, via Schumer’s standup, without having to wade through the long parade of movie conventions.

It’s also regretful that, while Renee has learned to more honestly love her body, there’s very little said about the quality of her character.  Renee, sadly, is still very obsessed with the superficial.

Amy Schumer is a gifted comedian, with a lot of important things to say, but I just wish she’d delivered them in a better vehicle than this film.  She, and her very talented supporting cast, all deserved better.