This marks my 100th posting on Musings of a Middle-Aged Geek, and sadly, it’s a memorial. 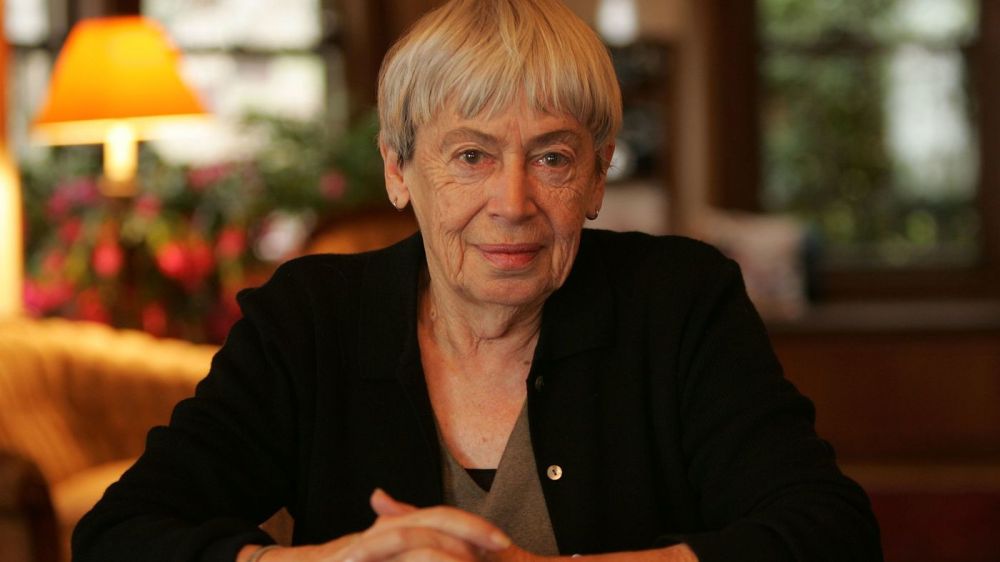 I just learned that one of my favorite authors, Ursula K. Le Guin, passed away today at the age of 88.

I wish I could say that I’ve read everything that she’s ever written, but I’ve read only a few of her novels; though I still consider myself a serious fan of hers.   And I regret that I’d never read “Earthsea,” or rather, haven’t read it yet (never say never, right?).   I’m more a science-fiction than fantasy fan, but given how much I enjoy Le Guin’s sci-fi?  I will have to give “Earthsea” and some of her other fantasy books a try someday.

Two books of hers are personal standouts for me; “The Left Hand of Darkness” and “The Lathe of Heaven.”   And both are more timely than ever, especially considering that they were first published in 1969 and 1971 respectively; the world was quite a different place in those days, yet the books are still very relevant.

I was 13 when I was first introduced to “Lathe of Heaven” and at the risk of sounding like  a TV-addled dullard, it was via a PBS-produced television movie of the book, which I saw in original broadcast back in January of 1980.

“The Lathe of Heaven” follows George Orr (“Willard” star Bruce Davison), a tormented substance abuser who self-medicates to suppress his ‘effective dreams’; dreams that have the ability to retroactively alter reality when he awakens.  His ability is later used by respective angels and devils in the form of his case worker (and lover) Heather Lalache (“The Color Purple”’s Margaret Avery), and his ambitious therapist Dr. William Haber (Star Trek TNG’s “Kahless” from the episode “Rightful Heir”).   Haber has his own designs on altering the world to suit his personal vision, using George’s effective dreams.   It is later revealed that George’s dreams have been the glue that’s holding our fragile reality together all along… and that the ‘real’ world is an irradiated, war-ravaged nightmare.

That was the movie, anyway.   And it turns out that the movie was a pretty faithful adaptation.  Certainly far better and far more faithful than a less-successful 2002 A&E version, which I won’t even bother to go into here (a real shame too; it had a terrific cast headlined by James Caan, Lukas Haas and Lisa Bonet).   Trust me; stick with the 1980 version.

I read the book of “Lathe…” very soon after seeing the film (via my school’s library), and many bits of the movie were immediately made both clearer and far deeper.   The book opened my eyes to a different avenue of science fiction; far more mind-bending and introspective.   Up to that point in my life, I was really into the books of Ray Bradbury (more poetry than hard sci-fi) and Arthur C. Clarke (more traditional space adventure), but this was very different.

Le Guin was opening up my tastes, and I wanted more.

Over the years I’d read some of her short stories (and enjoyed them), but it wasn’t till many years later that a jury duty summons (of all things) acquainted me with one of her best books, “The Left Hand of Darkness” (from her Hainish cycle of stories, including “The Dispossessed” “Rocannon’s World” and “Planet of Exile”).  Whether one is familiar with her Hainish series or not, it doesn’t matter.

“The Left Hand of Darkness” works very well as a standalone book.

That day of the jury summons, I spent a very long afternoon in a boring courthouse under dull fluorescent lighting, with nothing to do but dig into my tattered novel I’d brought with me (purchased from a secondhand bookstore).   I never was called into a jury pool that day, so I read the entire book…and completely lost myself on the frozen planet of Gethen, whose natives are gender-fluid, changing sex (much like certain amphibious species of Earth) when the biological or emotional need arises.

A Terran representative is sent to this harsh, frozen world, with little-to-no firsthand knowledge of their nations and cultures.  The Terran’s mission is to assess Gethen’s potential membership in a loose federation of worlds.  Gethen’s social structures and politics are both complex and fascinating.   And the native’s process of the spontaneous gender changes, with accompanying physical discomforts and hormonal upsets, are not too unlike a more severe version of female menstruation here on Earth (this was clearly not written from a cisgender male perspective).

“Left Hand…” is a fascinating use of the science fiction format as a means for a reader (such as myself) to better understand the complexities of gender fluidity.   While I’ve always considered myself a staunch ally of feminism and LGBTQ rights, this tattered paperback gave me some new and interesting insights beyond my own gender and perception of self.

It opened my world a little, as do the best science fiction books, movies and TV shows.

Le Guin was also remarkable because she was publishing some of her best books in a less-enlightened time; when many female fantasy/science-fiction writers were using pseudonyms or first initials instead of their first names.  But she always listed her full name on the covers of her books;  Ursula K. LeGuin.

She was also ahead of her time in other ways as well.

1999’s “The Matrix” and 1998’s “Dark City” would later deal with George Orr-like individuals whose mental abilities could reshape their realities.  “Dark City” in particular almost feels like a quasi-remake of “The Lathe of Heaven.”   Even its nightmarish, cenobite-like aliens are like a more sinister-looking version of Le Guin’s turtle-like Aldebaran natives.  In my opinion, “Dark City” is also the superior movie of the two.

And in an era of slowly dawning acceptance (not nearly fast enough, in my opinion) of transgender people in media and even US politics, “Left Hand of Darkness” spoke of an entire world of people living in a gender-fluid state; where a fixed, cisgender state is not only unnatural, but impractical as well.

With CGI imagery and makeup advances of the 21st century?  I sincerely believe this book could (and should) be adapted into a movie today.   The influence a cinematic “Left Hand of Darkness” might have on modern audiences could be profound, just as the extraordinary possibilities of “The Lathe of Heaven” inspired a sci-fi loving, 13 year old kid back in early 1980.

Even as recently as 2013, my wife and I were in Dallas Ft. Worth visiting her relatives over the holidays, and I insisted that we see the famous Water Gardens; a location familiar to fans of both 1976’s “Logan’s Run” as well as 1980’s “Lathe of Heaven”, where it partly doubles for a futuristic Portland Oregon (Portland was Le Guin’s home city).

Ursula K. Le Guin will be deeply missed, and this middle-aged geek will always remember how her books opened my mind to ideas beyond my nose and outside of my experience.  She widened my world,  and I’ve no doubt that her works will continue to do the same for many generations to come. 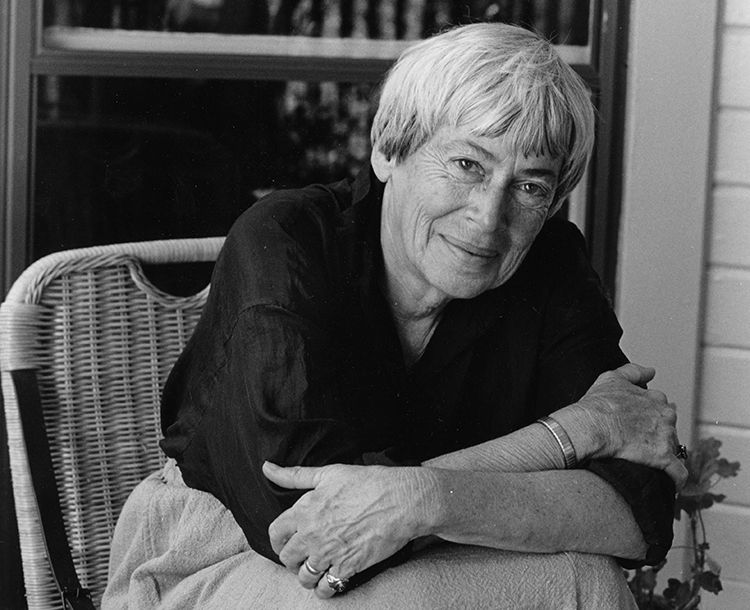