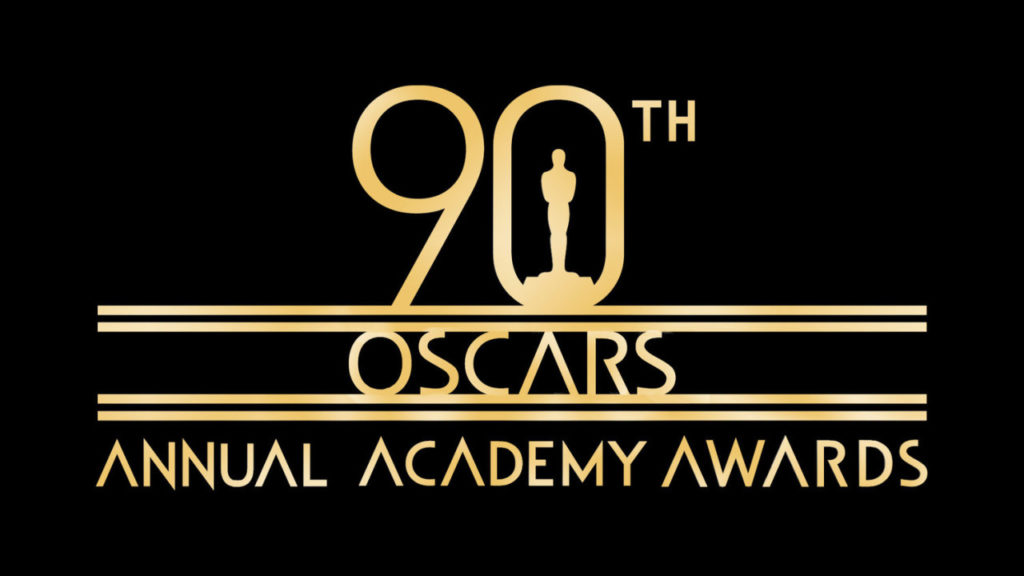 First, I want to say upfront that I’m not big on the idea of pitting art (and artists) against each other in competition.   Personally, I am one of the least competitive people on Planet Earth.  The Academy Awards ceremonies in particular bring to mind the apples and oranges analogy:  Is “2001: A Space Odyssey” any less of a masterpiece because it didn’t win a grip of gold statues?  Of course not.  Is “The Exorcist” any less of a classic because it lost to “The Sting”?  Not at all.

Accolades and awards are nice, of course, but they’re also somewhat arbitrary.   There are many great movies and artists that have never taken home an award (or even a nomination) that have gone on to become masterpieces.

That said?  I’m also a big old hypocrite, because I both watch the Oscars and I applaud (at home, no less!) when favorites of mine happen to win.

There; I said it.  I admit it.  I’m a card-carrying hypocrite.  So while I’m against such artistic competition in principle, I still vicariously enjoy saluting the winners.

And this year, I was vicariously saluting a lot. 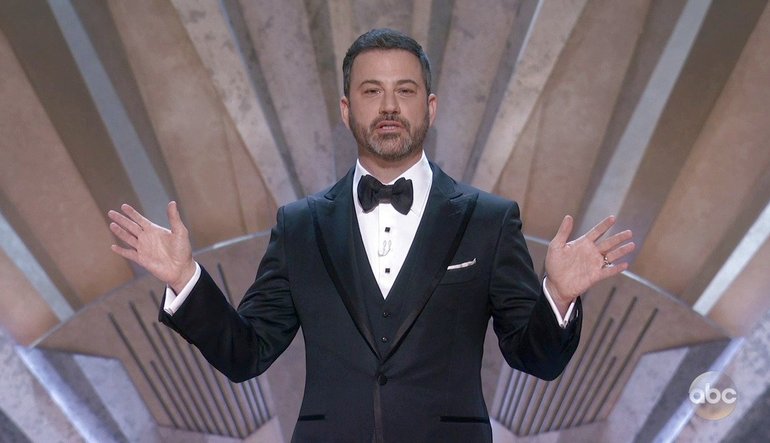 Host Jimmy Kimmel kept the Oscars’ show moving along at a brisk enough pace (the show will always run around 4 or so hours…it’s inevitable), and there were no wardrobe malfunctions or other overly embarrassing gaffes.  The humiliating ‘get-off-the-stage’ music (used when an acceptance speech goes on too long) was kept to a minimum (thank goodness; I hate that shit).   And the stage of the Dolby Theatre in L.A. looked gorgeous.

Several of my personal favorites of 2017  nabbed awards, as well as many overdue awards for longtime favorite performers of mine; such as “Galaxy Quest”/“Moon” star Sam Rockwell, as well as Gary Oldman, of “Fifth Element”, the “Dark Knight” trilogy, “Dawn of the Planet of the Apes” and countless others.

Some of my personal highlights of the evening included:

*  “The Shape Of Water” nabbing Best Picture, as well as Best Director (an overdue award for the talented Guillermo del Toro), Best Music (Alexandre Desplat), and Best Production Design.   I still wish that Doug Jones could get a nomination someday; he’s the latter-day Lon Chaney with an almost preternatural ability to emote beneath heavy prosthetic makeup.    My wife and I had the pleasure of meeting Doug Jones at 2012’s San Diego Comic Con, and he was very much a gentleman.  I am glad for both his and longtime collaborator Guillermo del Toro’s successes, and I also enjoy his current role as “Saru” on Star Trek Discovery.

*  First time writer (and director) Jordan Peele nabbing an Oscar for  “Get Out”.   It was also the first time the Best Screenplay Oscar has gone to an African American writer.  I found that statistic a bit jaw-dropping… it’s taken this long?  Nevertheless, it was deeply well-earned, as “Get Out” was one of the most smartly-written and innovative horror satires ever written.   One of a few genuine surprises of 2017, and a reinvention of its genres.   I talked to “Get Out” costar Richard Herd (who played ‘white grandpa’) in Las Vegas last summer (at the annual Star Trek convention) and he told me that on set, Jordan Peele was “a genius.”  Herd, himself a costar of 1979’s then-terrifyingly prescient “The China Syndrome”, was right.

*  “Blade Runner 2049″ winning two critical awards, one for Visual Effects (many of which were achieved with practical miniatures) and a very long overdue award for Cinematography going to veteran director of photography Roger Deakins.   Deakins was the DP on several movies that defined their respective periods and genres, including 2012’s “Skyfall” (arguably Daniel Craig’s best Bond film), “The Shawshank Redemption” (one of the best–looking movies of the 1990s), 1984’s “Nineteen Eighty-Four” (a perfectly realized adaptation of the Orwell classic), as well as Oscar winner Gary Oldman’s breakout debut in “Sid and Nancy.”

*  “Coco” nabbing “Best Animated Feature” (despite formidable competition), as well as “Best Original Song” for the heartbreaking “Remember Me” (written by Kristen Anderson-Lopez, Robert Lopez) the song that when sung as a gentle ballad could make a robot rust from its own tears.   It was also nice to see, in the current US government’s xenophobic cries of ‘building walls’, a movie that openly and earnestly celebrates Mexican culture; as well as recognizing the universality that weaves through all of us, such as family, life, death, remembrance and the fulfillment of our dreams.  Once again, pop culture is used to build bridges instead of barriers.

There was lot of that in this particular Oscar telecast.

While I’ve yet to see “Call Me By Your Name” (emphasis on yet), I was pleased to see the film win for Best Adapted Screenplay (James Ivory).  It was a significant victory on two fronts; both for the ongoing struggle for more LGBTQ representation (last year’s Best Picture “Moonlight” also made a powerful statement on this front), and also for the fact that Ivory was the oldest winner in this category (Ivory is 89 years old).   A dual-win against both homophobia and ageism. 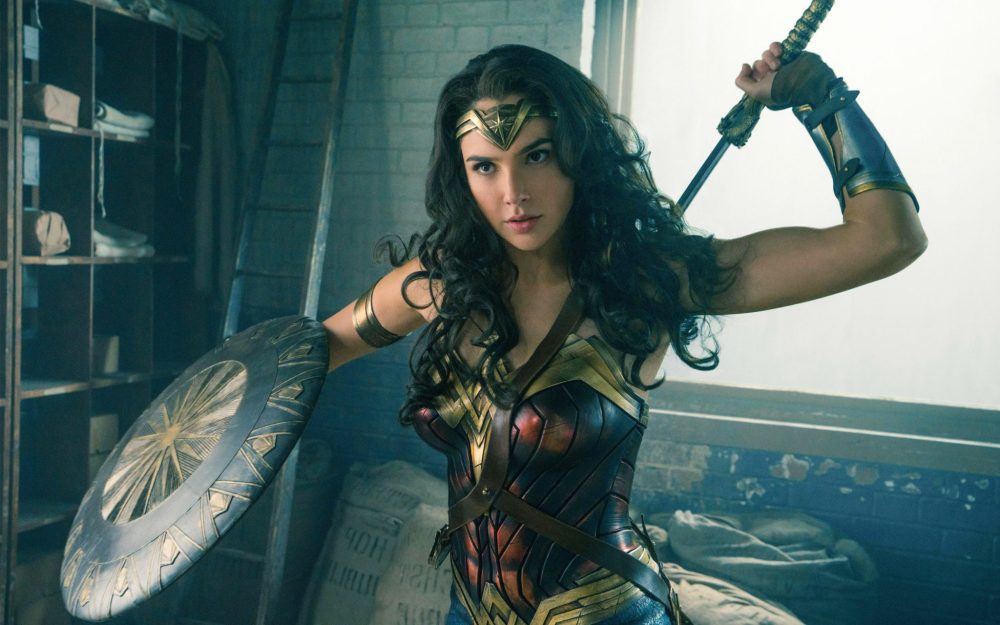 Although it wasn’t nominated, 2017’s “Wonder Woman”  cast a bit of a shadow over the ceremony; a popular, big-budget, action-packed moneymaker directed by a female director (Patti Jenkins) whose work far outperformed another DC comics effort (“Justice League”, co-directed by Zack Snyder & Joss Whedon; which, by most accounts, was a bit of a clusterf–k as well).  Star Gal Gadot was also on hand as a presenter, and she was a fan favorite; especially when she and some of the other presenters surprised a group of moviegoers across the street, who were attending a preview of “A Wrinkle in Time.”

Though she didn’t win, director Greta Gerwig’s nomination for Best Director (for “Ladybird”) was significant, as she was the first female director nominee in 8 years. 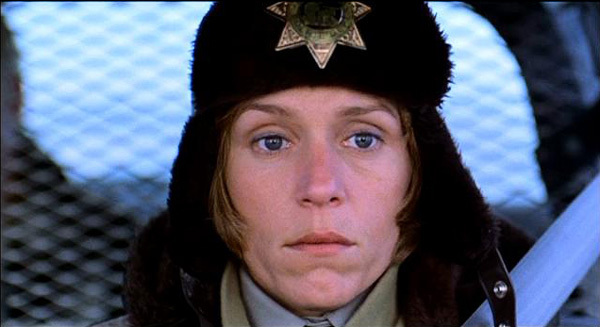 There was also many rallying cries made for the #MeToo movement, as well as Best Actress winner Frances McDormand (a longtime favorite of mine since 1996’s “Fargo”) made a call for all women nominees to stand up and be recognized.  Those standing showed how far the industry has to come before we see representation that truly mirrors the world around us. 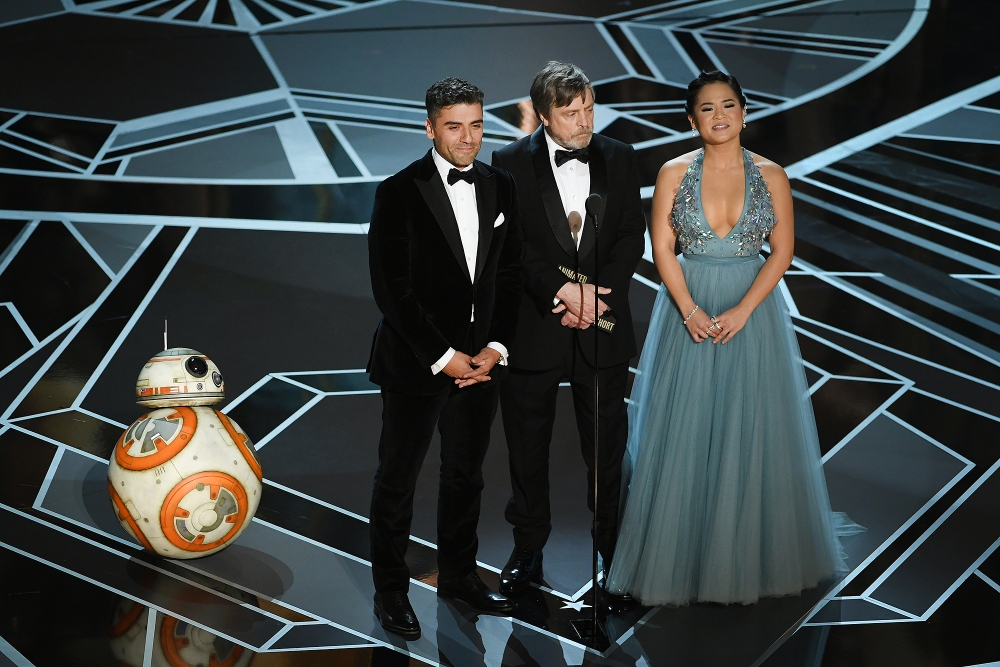 While I was deeply frustrated and ultimately disappointed with “The Last Jedi,” I was never displeased with seeing Star Wars open up its casting to include new faces that better reflect our own Planet Earth in that galaxy far, far away… 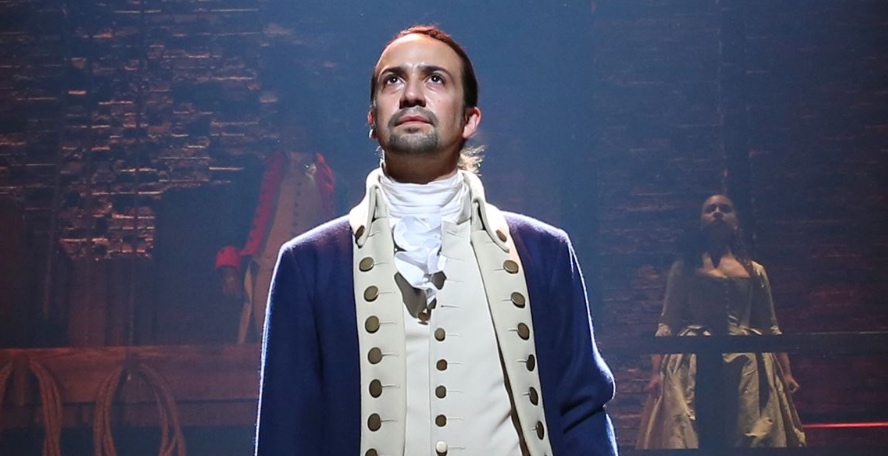 I saw Miranda’s “Hamilton” late last year at the Los Angeles’ Pantages Theatre (with a touring cast that didn’t have Miranda in the titular role, but maintained the integrity of his production).  I completely fell in love with Miranda’s musical and storytelling abilities that night.   In fact, I bought the double-CD soundtrack the very next morning (yes, I still collect CDs… sue me).   The New York-born Miranda is very proud of his Puerto Rican heritage, and announced that he is planning to use productions of “Hamilton” to raise money for ongoing relief for Puerto Rico in the wake of the devastating hurricane Maria.

Miranda is due to star with Emily Blunt in a forthcoming “Mary Poppins” sequel, “Mary Poppins Returns” which I will most likely not see, as I never was a fan of the original, to be honest. 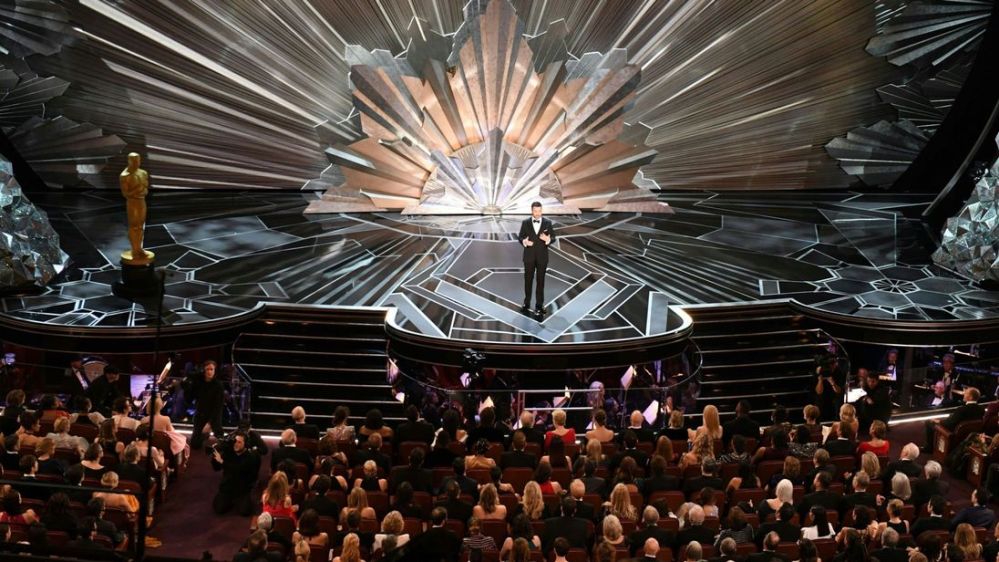 This year’s ceremony felt a little different than previous years’ shows for its sheer unabashed inclusivity.  This wasn’t tokenism for tokens’ sake.  This was an all-out celebration of all of those differences that make the human race a fascinating ongoing exercise in the strength of diversity.

This embracing of diversity (and not mere tolerance of it) is what will propel humanity’s future, not the chest-thumping of nationalism and tribalism.  This is a lesson long held in many science fiction classics, as well as many of this years Oscar winners.

Call me an old, naive optimist, but I went to sleep last night feeling just a little bit better about Hollywood than I usually do after an Oscar night… 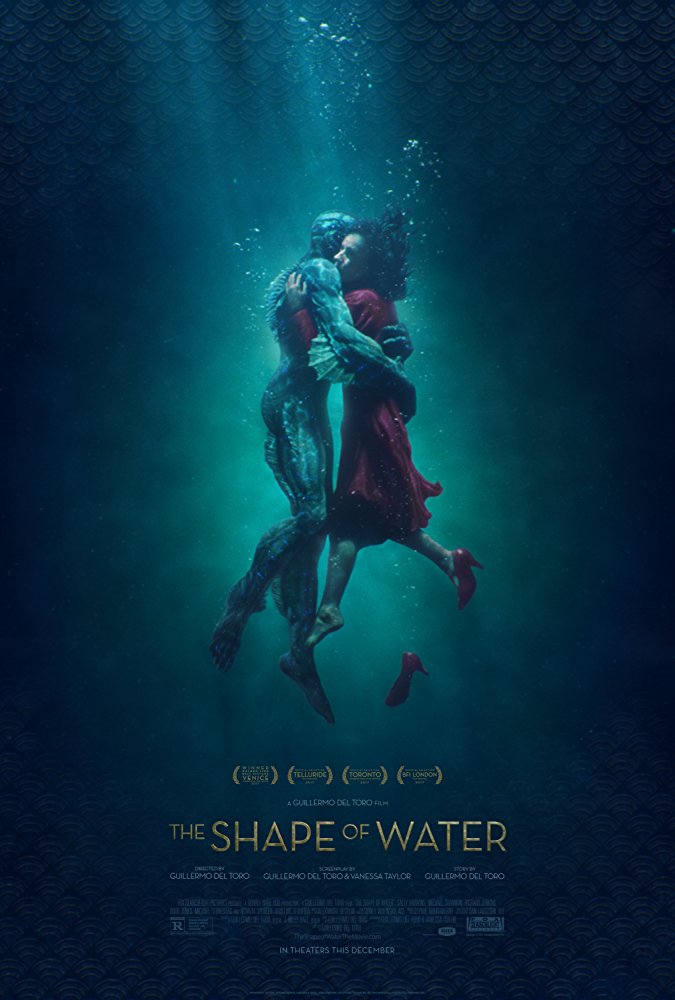